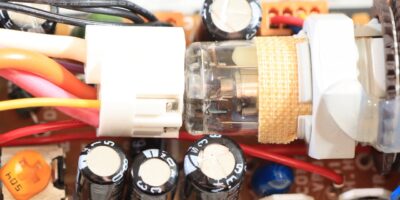 All the troubles started once I asked a Local Bike Shop (LBS) to replace my Shimano Nexux 3 with the new Shimano Nexus 8.
I assumed this will allow me to do a better tune to the battery life, by choosing gears more precisely. However, it helps just a little bit – to squeeze just few km more from the battery. I find myself chaning from gear 1 to gear 4 and gear 7 (which I guess are the equivalents of the 1, 2, 3 from Shimano Nexus 3).
An advantage though is that I can get home now without with an empty battery.

Anyway, back to the problem …

I noticed after few days that something is off with the engine. While putting pressure on the right leg, the bike engine would turn normally, but on the other half of the pedal rotation, the engine would only idle. It didn’t stop completely, just barely idle.
The noise changed too, from an aggressive rattle to a soft idle. I’ve tried to understand if it was related to the speed of the bike, but it wasn’t. However, it didin’t manifest when riding slow enough that the engine only put minimal power in (and thus, it was actually idling on the right foot pedal cycle) nor when I was pedaling very very fast.

As I was pondering what might cause the problem I started realize it might come from the pedal sensor. I know the bike had a pedal sensor (since when I stop pedaling the engine stopped too) but since I bought the bike assembled, I needed to wait one weekend where I had few hours free to flip the bike and have a look.

The PAS sensor was cracked and one of the magnets (out of 6) was missing. When the ‘hole’ of the former magnet passed in front of the HAL sensor (missing signal), it triggered the computer to register it as a ‘stopped pedaling’ and it needed 2 more magnets passing next to the HAL sensor to start giving more power to the engine.

I’ve made a short video on the noise the engine made while trying to keep a constant pedal speed, it accelerates for half of the pedal cycle and idles on the other half.

Here are some close ups of the crack and missing magnet: Not only there was a crack which allowed the magnet to escape, but the plastic around it gave in very quckly too, which prompted a fix with Super Glue before proceeding with finding a suitable magnet: Now that I was able to identify the problem, the next step was how to fix it. I’ve thought about ordering a new PAS sensor (which I did eventually, I have the spare part), the trouble is that the pedals are not easy to take apart (a special tool is required). If there will be a time when I need to take the bike to the shop again, I will ask them to pay more attention, and have the PAS replaced.

I suspected that the magnets are not very strong and that I could get away using a small flat magnet I recovered from the support of a magnetic pen. I managed to crack it easily, but I didn’t want to glue it in place before I was sure the computer registers it properly as it passes in front of the HAL sensor. I thought a bit and decided I would bend a paper clip in such a way that it keeps the magnet in place but allows movement: Having it positioned, I’ve did few test runs trying to move the pedals at a constant speed. The trouble ? Computer did not register the magnet AT ALL. I’ve tried changing the position of the magnet, slightly up, slightly down, ahead of the hole or a bit behind, nothing worked. In a moment of inspiration, I’ve decided to try to stick the magnet perpendicularly inside the hole. This did the trick! Few photos below to show the positioning: Magnet perpendicular with the disk Passing in front of the HAL sensor It still works today 🙂 many months after the fix. The magnet is kept in place with Super Glue too. 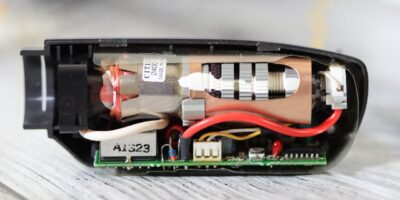