Arduino Micro as ISP (flashing the bootloader of an Arduino Leonardo) 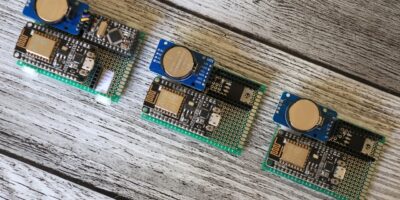 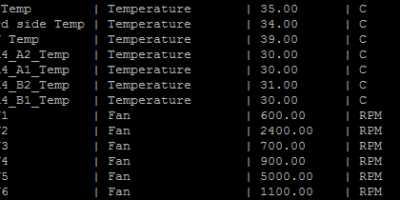 Arduino Leonardo refused to accept a new sketch once a very large one was uploaded (code / memory). The board would hang just after the upload started (and power cycling it did not fix the problem).

Since I found no tutorials online how to use an Arduino Micro as an ISP (since I had one lying around), I’ve decided to investigate the if a Leonardo can be used as an ISP, given that Micro is similar to it and both have ICSP connectors.

The resources I found were:
https://petervanhoyweghen.wordpress.com/2012/09/16/arduinoisp-on-the-leonardo/
http://forum.arduino.cc/index.php?topic=332158.0
and it might work!

As explained in the first link above, Arduino IDE (at the time my version was 1.6.9) still cannot use an Arduino Leonardo (and I assumed also a Micro) to burn the bootloader to a different board because the protocol it chooses locks up the controller that does the flashing.

The File > Preferences might give a hint of where the local folder is (but you still have to find the programmers.txt file and not the preferences.txt!) The correct one to edit is the last one (in the AppData folder) and I had to add these lines:

The lines should be added after the lines defining Arduino as ISP.

Arduino IDE has to be restarted after these changes and a new programmer has to appear on the Tools > Programmer menu.

Only the Arduino Micro is connected to the PC since the Leonardo stays connected (and is powered) by the Micro through via its ICSP port. The yellow cable is connected to pin 10 of the Arduino Micro (it will act as a reset): 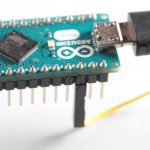 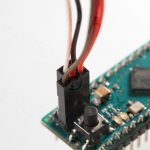 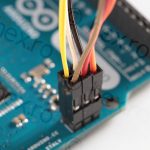 No modifications were required to the file.

To flash the bootloader, few Tools menu settings have to be properly chosen:

The last step is to choose Tools > Burn Bootloader. This will take about a minute, and if flashing is successful, Leonardo will start the Blink code (which is also written by default) and the ‘L’ LED will blink every second. If the ‘L’ LED blinks the everything went ok!