Skip to the content
and thus goes by another day 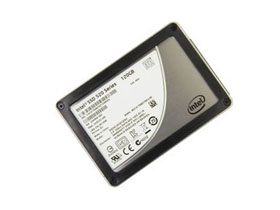 When building my NAS I’ve picked a spare laptop hdd (spinny type) for the OS to boot from, but I’ve reached to a point where I wanted my NAS os to boot from a SDD.

Since a stock Fedora 20 doesn’t use so much disk space, I wanted to switch from a 250Gb SATA hdd to a smaller but faster 80Gb SSD (an old Intel X25-M which I have for few years now).

Since the existing disk was partitioned automatically, I’ve decided to create similar partitions on the new disk. Existing partitions were:

One thing not to forget is to set the new boot partition to be bootable. Also, not mentioned is the swap partition, it should be created too (and later have the new UUID updated in /etc/fstab).
After creating the new partitions (I’m copying /dev/sde to /dev/sda) was to mount the new partitions, so that I can proceed to copy the data:

Copying the data was done with dump and restore similar to:

A detailed output of copying the root partition:

Now we can exit the chroot environment (with exit) and the only remaining thing is to replace the UUIDs in /media/ssd/root/etc/fstab with the new UUIDs: For this I’ve relied on a perl oneliner.

Since I am copying from sde to sda the ‘bbbb…’ UUID has to be found and replaced with the ‘aaaa…’ one.

The perl one liner has to be called for all 4 partitions (root, swap, home and boot).

© 2021 and thus goes by another day — Powered by WordPress