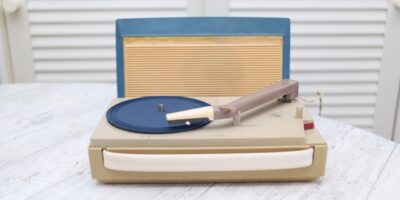 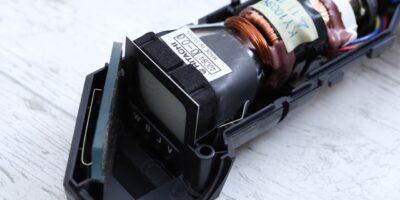 The first electronics kit I even put together was a an ambulance serene generator my mom got me after I insisted to get one. It was produced by I.P.R.S Baneasa, kit number 7802. I was so happy – it worked on the first try, but of course, I had no clue what was going on, I just wanted to solder.

When nostalgia struck, I was disappointed that I could not find it up for sale on the old electronics websites. However, there were few kind persons that did put up the schematics / scans:

Not wanting necessarily to build it, but just to get to hear the old sound, I thought I could simulate it in Tina TI / LTspice, save the output waveform, and that’s it.

However, I soon found out about a big hurdle, that is, the kit was based on Germanium transistors (AC 180, AC 180K) and on a Germanium diode, EFD 107 – I was stuck as they were not part of the list of known parts of the simulators.

After scouring the web searching if I could find ready made Spice models for those parts (and giving up, as I found none) I figured I should still create it in the simulator and see what gives.

First, it did not work using low signal Silicon transistors (I was expecting this, due to differences between Ge and Si transistors) but at least I had something to work with.

I also knew that for Ge diodes one can use a Schottky diode. I wasn’t trying to be precise, just to get the circuit to oscillate somehow!

I chose a random diode and the AC128, however, no luck. The circuit was only oscillating using the low frequency astable multi-vibrator, but not the higher frequency one. After few more trial and errors, I found the working configuration where the circuit does oscillate inside the simulator:

LTspice can save the resulting waverform as a .wav file, using the .wave command:

A bit of the childhood came back 🙂